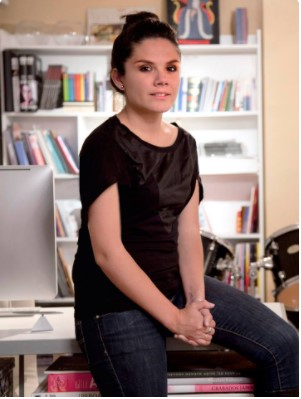 Pamela Pazmiño
Born in 1984, lives and works in Quito, Ecuador. She graduated in Visual Arts from the Universidad Central del Ecuador, with a special mention in painting and engraving. She studied Technology in Graphic Design in Multimedia at the Instituto de Artes Visuales Quito, and higher education specialistion in Education and Information and Communication Tecnology at the Universidad Andina Simón Bolívar . She has a Master degree in Research in Visual Artistic Practices from the Universidad Castilla - La Mancha.
She is a co-founder of the visual arts collective La Emancipada since 2009, and has participated in collective exhibitions, and acting poducer for the annual meetings of the Arte Mujeres Ecuador since its first edition in 2012.
Her work has been displayed in various galleries and museums in Ecudor, Italy, Cuba, and the USA. In 2006 she received first prize at the Salón de Arte Contemporáneo: Mariano Aguilera, and second prize at the Bienal de Grabado: La estampa Joven in la Habana, Cuba. In 2011 she was a finalist for the Arte Laguna Prize in Venice, and at the fourth Salón de Junio en la Ciudad de Machala. In 2014 she was awarded the Premio Fondo SECU for artistic creation. In 2015 she was a finalist for the Premio Brasil in Contemporary Art. She has run individual exhibitions, including Amorfosis (2014), and El Bello Sexo (2017); as well as numerous collective exhibitions, the most recent being Sin ir más allà at the Centro Cultural Urbano Cumandá, Quito. 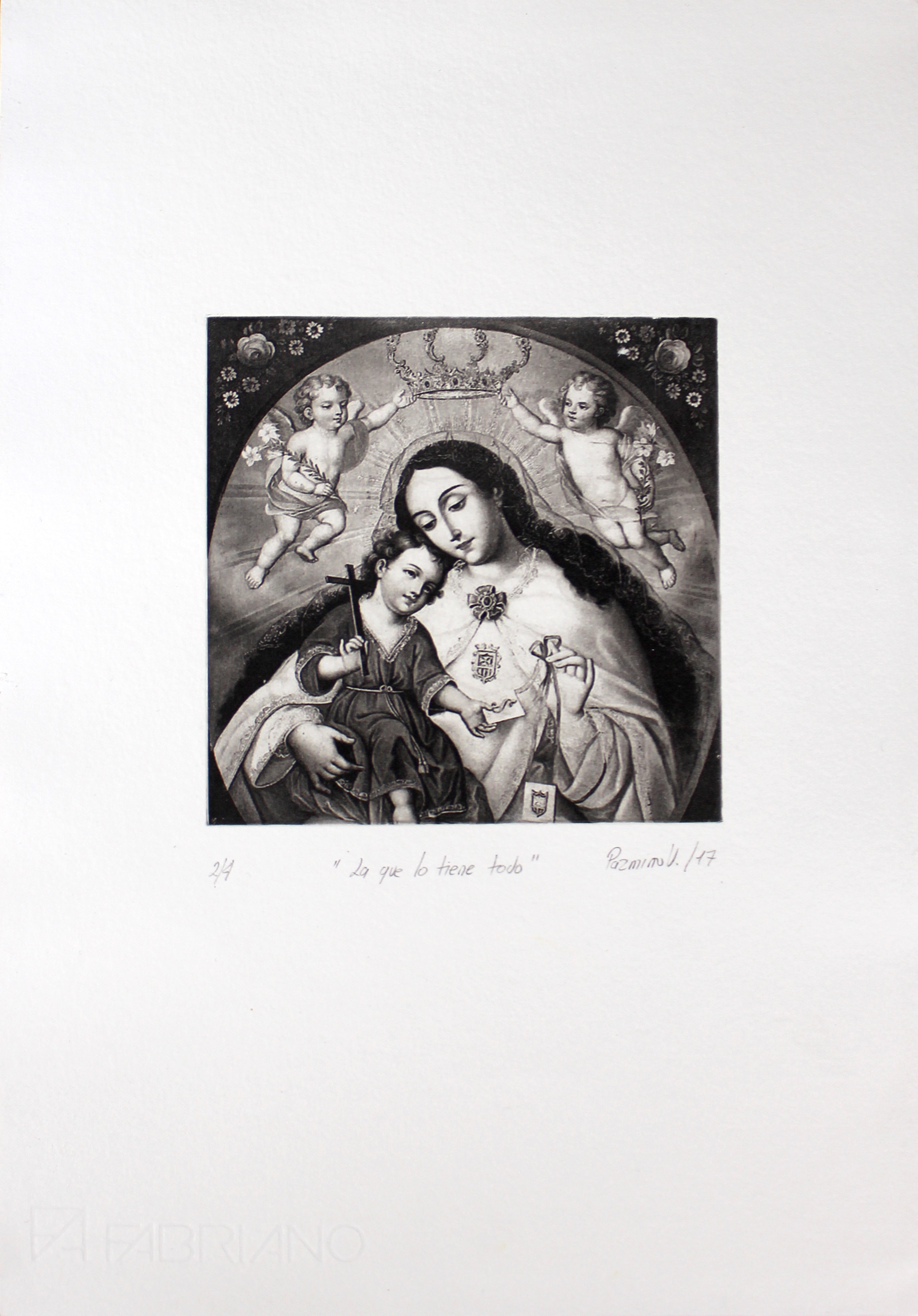 (Amongst Saints and Sinners)